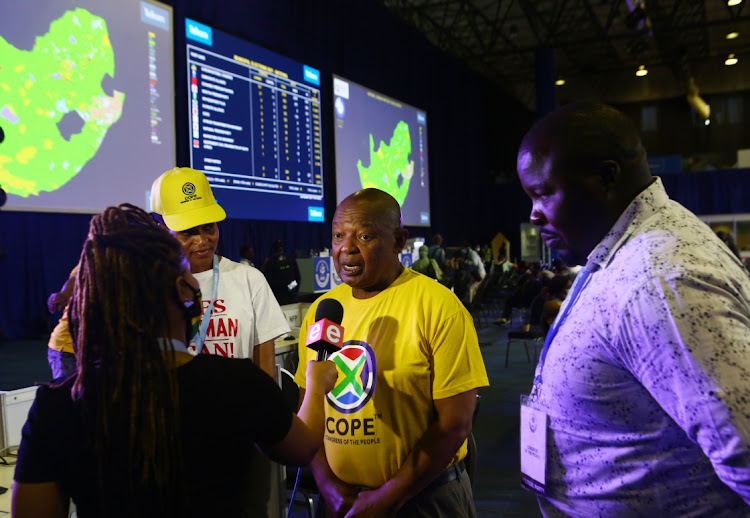 Some political parties, including the DA and ActionSA have come out to declare and celebrate  their victories in different parts of the country.
Image: MASI LOSI

The IEC said on Wednesday it had made significant strides in capturing the municipal election results as 79% of the expected results have now been finalised.

The commission’s general manager on electoral matters, Granville Abrahams, said 96.9% of results were already in the system awaiting scanning and auditing.

He was giving an update at the national results centre in Pretoria on Wednesday, saying he was confident that the commission would  meet its Thursday deadline of releasing final audited results.

The results are showing clear patterns in SA’s big cities — patterns that show a high likelihood of coalitions in six of SA's eight metros.

Some political parties, including the DA and ActionSA, have come out to declare and celebrate  their victories in different parts of the country. The commission has condemned the "lawlessness" of this as it was yet to release final, audited results.

IEC's Dr Nomsa Masuku said: "It is a practice that we saw in 2019 and it is unfortunate that we're seeing it again. I do not know whether we are going to continue being those kinds of people who would prefer to be lawless and so on. It is something that we frown upon and we hope people do not do it, it is not fair."

The commission announced that the completion rate of results in the Northern Cape was at 95.5%, 88% in the Eastern Cape, Western Cape at 83%, Mpumalanga 85.4% and the Free State is at 87%.

The completion rate in the rest of the provinces ranges between 6% and 80% .

“As previously indicated, the commission remains committed to finalising results expeditiously while ensuring that all necessary verifications are enforced,” said Abrahams.

The IEC says it is not responsible for the poor voter turnout in the 2021 local government elections, saying it predicted this three months ago.
Politics
4 weeks ago