DA keeps Cape Town but with a reduced majority of 58% 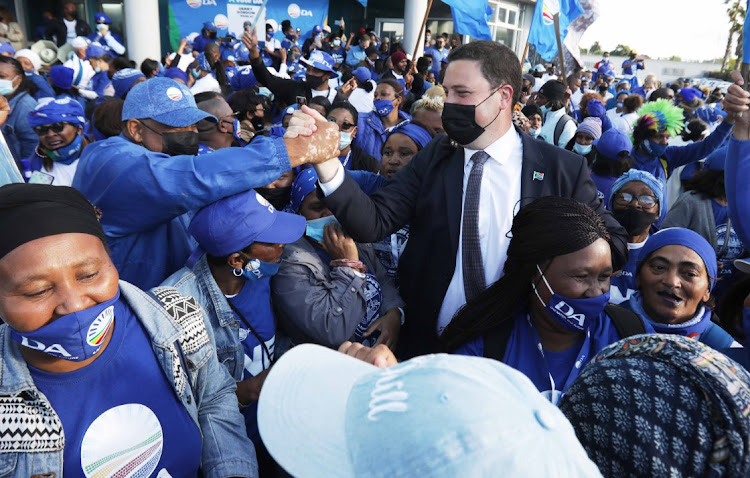 It's official: The DA will govern Cape Town for another five years, but with a reduced majority.

The final results announced on Thursday revealed that the DA won the Western Cape's only metropolitan municipality with 58.2% of the vote. This is down from the 66.7% it received in August 2016. In that election it secured 154 seats, but it now holds 135.

On Wednesday, he said the party's projection of the results indicated that the DA would win about 58,5% of the vote, nearly 40 percentage points ahead of the second party, the ANC.

“I sincerely thank the people of Cape Town for putting their trust in me and the DA for the next five years,” he said. “We are humbled by this show of faith, and we will work tirelessly to make every Capetonian proud to live in this city under a DA government that cares for them and works for them,” he said.

The party has put its decline this week down to poor voter turnout, especially in its strongholds in Cape Town.

“While we have disappointedly noted a huge decline in voter turnout especially in our strongholds which has directly resulted in an electoral decline overall, we are encouraged and salute the communities who have given us votes in their wards, especially those that were under other political parties,” it said on Thursday.

While the party's provincial interim working committee acknowledged defeat in the city, it celebrated the number of wards it won from the DA in the outlying municipalities where the DA's support has declined.

The EFF is now Cape Town's third-biggest party, with 10 seats in the council. This is up from seven won in 2016. The party also won the Robben Island voting district, where it campaigned four days before the elections.

It was the first time a political party campaigned at the world heritage site, and EFF's last- minute efforts ensured that the party snatched the historic island from the ANC's clutches.

Good's mayoral candidate Brett Herron described the party's achievement as remarkable for a new political party “that didn’t benefit from a R15m cheque from a single donor”.

“We have demonstrated growth and that voters can vote for what they believe in without their vote being wasted as the DA tried to suggest,” he said. “We contested this city vigorously and that contest forced the DA to shift its position on social and spatial justice issues. They were suddenly campaigning for affordable housing using well-located public land.

“That is a massive shift from the party that blocked the same concept three years ago. We’ll hold them to their promises. The DA in government has escaped a lot of scrutiny and accountability. We serve notice that those days are over,” said Herron.

Another newcomer on the political landscape, the Cape Coloured Congress, scored seven seats in the council.

The ANC seemed poised to sweep to victory in Buffalo City Metro last night, with the latest tally showing the party well on its way to winning 43 of ...
Politics
4 weeks ago