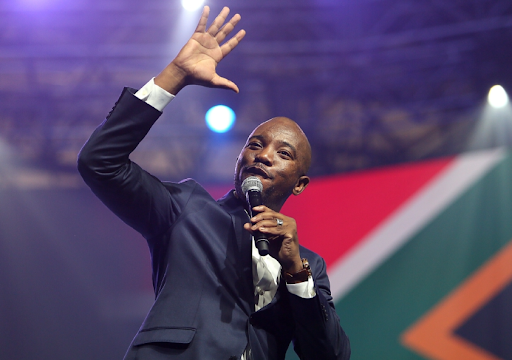 Mmusi Maimane, former leader of the DA, says that he will re-enter politics and plans to run for president.
Image: Alon Skuy

Founder of One SA Movement Mmusi Maimane spoke to Eusebius McKaiser about how his exit from the DA as the party’s leader has allowed him to grow, and his new “lit” persona on Twitter.

On Eusebius on TimesLIVE, he also critiqued the current electoral system, and explained why reform is crucial to improve governance.

Maimane confirmed that he will return to formal politics next year and remarked that he is “not coy” about his political ambitions. He explained why and how the results of the local government elections bolster his intuitions about the limitations of the parties that are currently dominating SA politics.

Listen to what he had to say:

Maimane also criticised his former party, the DA, for “preaching tolerance” while not being tolerant itself.

To listen to the full episode, go here.

PODCAST | Mmusi Maimane outlines his pathway back to formal politics

The leader of One South Africa Movement is on the comeback trail, bolstered by Monday’s election results
Politics
4 weeks ago