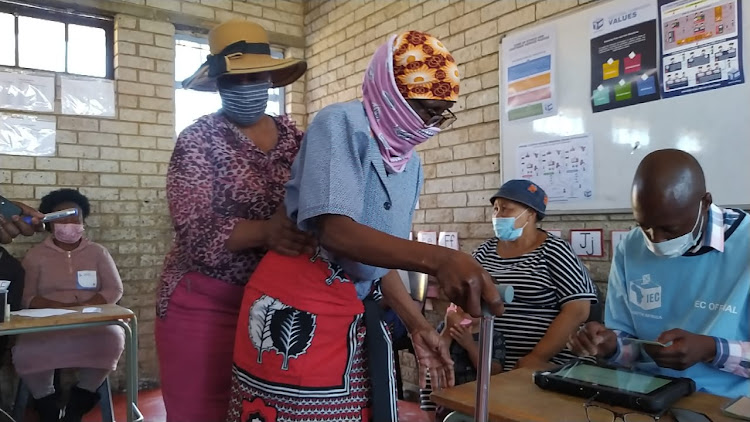 Tsatsawani Anna Majujwa, 93, said she was elated that she could make her voice heard as she cast her ballot in Soweto on Monday. Helping her was her daughter, 60-year-old Johanna Mjujwa. File photo.
Image: Amanda Khoza

The ANC has cancelled its special extended national working committee (NWC) meeting which was scheduled for Friday.

Participants in the meeting were due to analyse the party’s poor performance in this week’s local government elections.

The party will instead hold an all-day special national executive committee (NEC) meeting on Sunday.

“The national officials — the ANC’s top five leaders who include President Cyril Ramaphosa — have decided to cancel the special extended NWC meeting scheduled for November 5 2021. Instead a special NEC meeting will be held on November 7 from 10am to 6pm,” she said.

Sunday’s meeting will be held at a yet to be confirmed venue.

It will the first time since the Covid-19 lockdown that the ANC’s national structure will hold a physical meeting.

The ANC’s top officials met on Friday morning, the day after the Electoral Commission announced the local government election results which saw the ruling party's support dip below 50% nationally.

Just after 10am on Friday, ANC treasurer-general Paul Mashatile told eNCA Ramaphosa was delivering his political overview to the meeting.