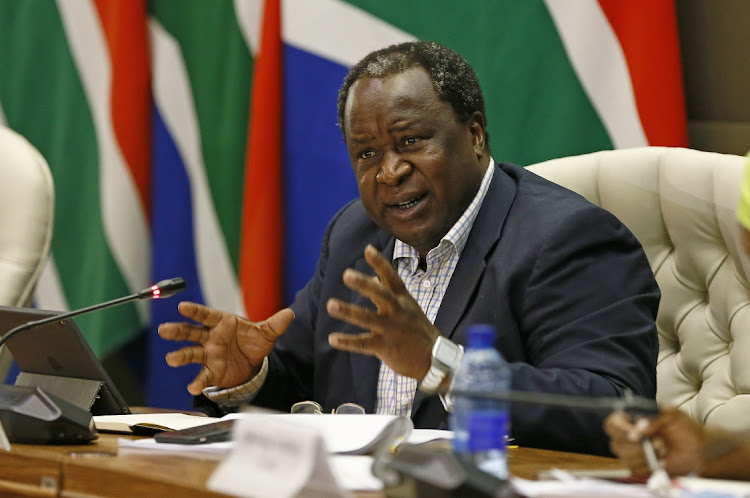 Former finance minister Tito Mboweni’s timeline was flooded with advice this week after he shared that he was preparing for a “job interview”.

The former minister did not share what position he was being interviewed for but mentioned he was asked for his CV, fingerprints and certificates.

“Job interviews. So today I was preparing for a job interview. OK. They want my CV, certificates and fingerprints before the interview! What? I thought everybody knows me. Nope. Stand in line, buddy! Certificates, fingerprints and CV. Next week, interview!”

Some tweeps said they were confident Mboweni would do a great job as long as the position does not require his cooking skills.

Others jokingly told him to stay away from his favourite ingredient, garlic, and a few advised the former minister to get a new pair of shoes.

“Look presentable, Uncle Tits. You can ask Tshepo Tsala to plug you with a nice pair of shoes. Cut your hair. Smile, show them those round cheeks. But — very, very important — don’t mention that you cook,” quipped one user.

Here's a glimpse into some of the hilarious responses:

Please dont wear those shoes we all know to the interview Uncle Tito... https://t.co/LZx2u7bSxC

goodluck Mphathiswa😆, we also hear you are the Chef for the National date this coming Saturday .... https://t.co/n75sM0v8K7

Stay away from garlic for at least a week before you go to your interview.

In your cv don't ommit the cooking skills,tel them to fire everyone from cooking dept bcoz the real chef has arrived, attach the above pic as proof. pic.twitter.com/kGYorPwlYG