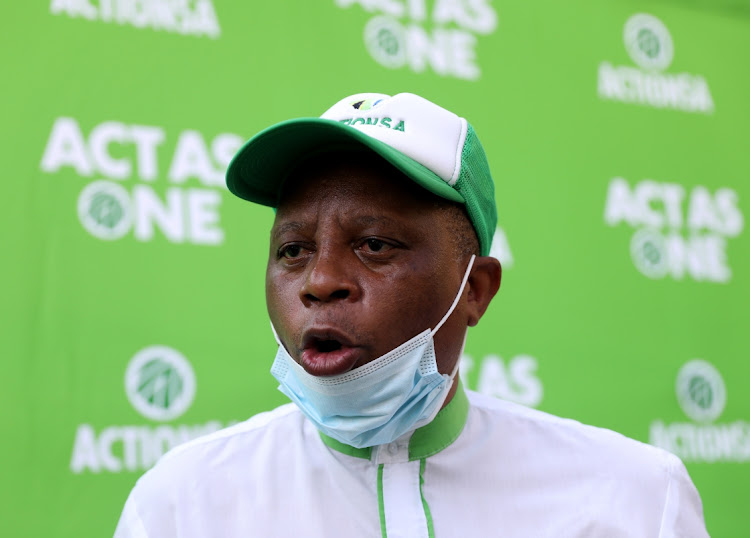 ActionSA says it will explore all possible avenues to challenge the latest extension of the state of disaster by minister of co-operative governance and traditional affairs Nkosazana Dlamini-Zuma.

This after Dlamini-Zuma gazetted the extension to April 15. At the end of the month SA will have been under the state of disaster for two years.

“During this time, we have had to live under unnecessary and irrational limitations of personal freedoms because of the vast sweeping powers a state of disaster affords to a cabinet which has proven over many years that it should not be trusted with such powers,” said ActionSA leader Herman Mashaba.

Under level 1 regulations, gatherings are restricted to 2,000 people outdoors and 1,000 indoors. While the curfew has been lifted, night clubs are still prohibited from operating.

“ActionSA will begin exploring all possible avenues of challenging this decision because of what we fear will become a pattern of extensions that will continue. This may include legal action and exploring collaboration with like-minded political parties to ensure the freedoms of South Africans are restored,” Mashaba said.

“There is no doubt that South Africans, like people all over the world, had to endure some limitations in the height of the pandemic to safeguard lives but we are past this point.”

Co-operative governance and traditional affairs minister Nkosazana Dlamini-Zuma has signed a document extending the national state of disaster to ...
News
2 months ago

The DA’s John Steenhuisen sang the same tune, saying the extension had been a disaster, and yet again took aim at President Cyril Ramaphosa’s cabinet.

“It’s an absolute disaster. Frankly, the only state of disaster that exits in SA is the cabinet that is presiding over some of these terrible decisions. It’s going to be another month of tying people up with red tape and silly regulations we don’t need,” he said.

It made no sense for the country to keep the state of disaster given that Covid-19 infections had gone down significantly. “What we are seeing here is a government that’s tasted power and doesn’t want to let go,” Steenhuisen said.

Like Steenhuisen, Mashaba accused the government of “clinging” to the powers afforded it under the state of disaster.

“Freedoms are sacrosanct in South Africa, and they cannot continue being limited needlessly by any government that has proven as corrupt, as callous about economic suffering and as contemptuous of the South African people as this one has,” Mashaba added.

The Sunday Times reported at the weekend that the national coronavirus command council would meet on Monday but was unlikely to scrap the state of disaster, as there was disagreement in the government over how to manage Covid-19 without it.