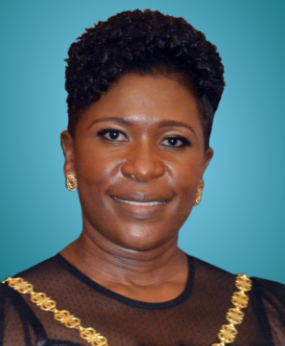 Sedibeng executive mayor Lerato Maloka has been accused of snubbing a R700,000 Mercedes-Benz which was bought by the municipality for her official use.
Image: Sedibeng municipality

The Gauteng Legislature has been informed that Sedibeng mayor Lerato Maloka is refusing to use a brand new Mercedes-Benz worth almost R700,000 that was purchased for her official use.

In a written reply to questions posed by the DA, MEC for co-operative governance and traditional affairs (Cogta) Lebogang Maile said: “According to the executive mayor, the car was not bought according to specification.”

Maile said the vehicle — a Mercedes-Benz GLB (X247) — was bought for Maloka after all the relevant processes had been followed.

“The vehicle was brand new, procured under the National Treasury Transversal Contract RT- 57-2019/2022 from Mercedes-Benz SA, and in accordance with the cost containment regulations 2019 (Gazette 42517 of June 2019,” Maile said.

Maile revealed the vehicle had been altered to make it more suitable for Maloka. While the DA alleged the car had been resprayed, Maile said: “The vehicle was not resprayed, but rather vinyl wrapped in gloss black. The total cost of the service was R29,300.”

Maloka’s office, however, suggested she had valid concerns about the car and it was not just about aesthetics.

“[She] is not refusing to utilise the purchased car, but has become aware of possible irregularities and concerns relating to the process leading to the procurement of the vehicle,” said the mayor’s spokesperson Saviour Kgaswane in a written reply to TimesLIVE.

“Until such issues are addressed, she has elected to continue using the vehicle that was used by her predecessor. She has resorted not to overlook all of these concerns and awaits administration to clarify and be resolved,” Kgaswane said, adding that the mayor’s focus “is on delivering on the promises she made to the people of Sedibeng, which is service delivery”.

Kingsol Chabalala a DA MPL, who is the Emfuleni north constituency head, however described the situation as ridiculous.

The DA has instructed its lawyers to bring an urgent court application to challenge an “irrational and unreasonable” extension of the state of ...
Politics
3 months ago

“This is ridiculous considering that the municipality is facing a financial crisis and is unable to deliver adequate services to its residents. The residents of Sedibeng do not have access to tarred roads and some of the roads that are tarred are full of potholes as there is no proper regular maintenance of roads,” Chabalala said.

“It is a total waste of the municipality’s monies and a shame that the mayor wants to feed her ego at the expense of our people. Considering the current financial status of the Sedibeng district municipality, the mayor must spend less on luxuries and focus more on service delivery,” Chabalala added.

The DA said it would be following up on the current vehicle that Maloka was using and how much the municipality was spending on this vehicle each month.

The party also sought answers on what would happen to the vehicle bought for the mayor.