As long as freedom is not realised the Freedom Charter does not exist, says Malema 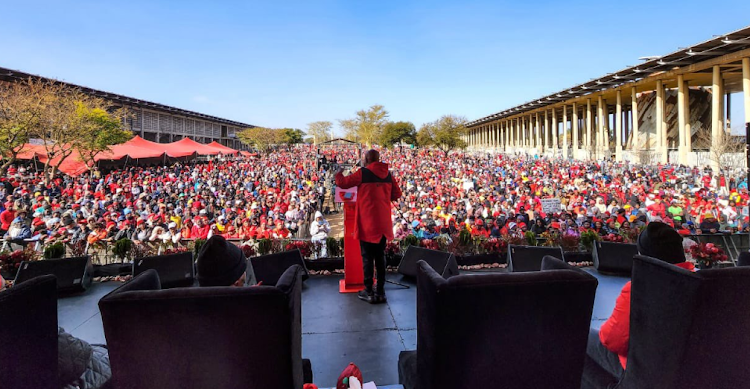 As long as freedom is not realised and there is poverty and inequality in SA, the Freedom Charter does not exist.

This is according to EFF leader, Julius Malema who on Sunday addressed a large crowd at the party's Freedom Charter rally in Kliptown, Soweto, on Sunday.

The Freedom Charter was officially adopted on Sunday, June 26 1955 at a gathering attended by about 3,000 people.

We want our own culture and customs to be respected.#EFFFreedomCharterDay pic.twitter.com/WQ6dFugNPO

The party's message was clear: The EFF demands section 25 of the constitution be upheld.

According to the section, “no one may be deprived of property except in terms of law of general application and no law may permit arbitrary deprivation of property”.

In 2018 the joint constitutional review committee conducted public hearings to get input on the amendment of section 25.

In a report tabled in the National Assembly it was recommended that “section 25 of the constitution must be amended and be clear about the expropriation of land and property without compensation”.

“This will address historic wrongs of land disposition, ensure fair access to land and empower the majority of South Africans,” it read

Malema said that in 1994, there was political freedom, but it was meaningless, and that they were now doing the work to achieve what the delegates actually wanted.

“As long as freedom is not realised, the Freedom Charter does not exist,” he added.