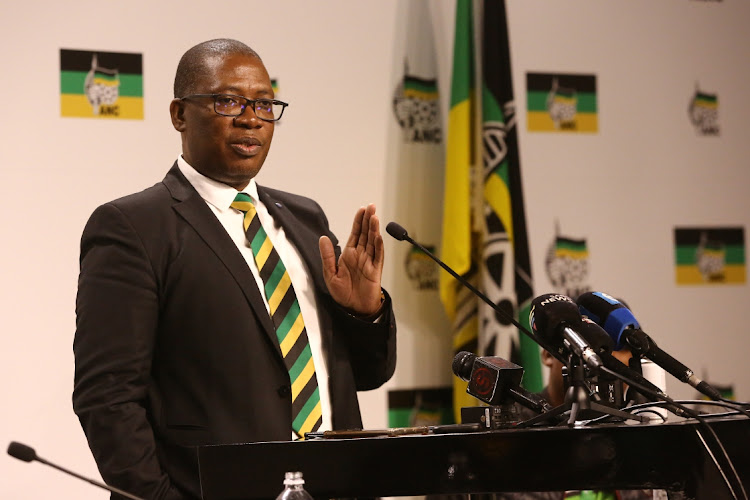 Newly elected ANC Gauteng chairperson Panyaza Lesufi has responded to criticism after his statement that the ANC had recommended Raymond Zondo as chief justice at the Judicial Service Commission (JSC).

Lesufi, in a Q&A with Sunday Times, claimed the ANC’s cadre deployment committee had interfered in the appointment of Zondo on April 1.

He admitted he is “a strong proponent of cadre deployment”, though Zondo’s final state capture report found the practice was unconstitutional and unlawful and played a key role in enabling state capture and corruption.

“He (Zondo) is a beneficiary of cadre deployment. It’s cadres of the ANC who sit in the Judicial Service Commission who recommended he be chief justice,” said Lesufi.

“If cadre deployment is appropriately utilised, it’s correct. It’s only when it’s abused.”

PODCAST | Is Sri Lanka a warning to the ANC?

A year since the July 2021 unrest in KwaZulu-Natal and Gauteng, there is still no clear factual account of what happened.
Politics
1 month ago

The DA submitted a new request in terms of the Promotion of Access to Information Act (PAIA) to obtain full minutes and other records of all meetings held by the ANC’s cadre deployment committee since May 17.

The party said Lesufi's statement was a clear indication that he, as the ANC’s presumptive premier candidate for Gauteng in 2024, is hell-bent on continuing the ANC corruption that has brought the provincial government to its knees.

In his response, Lesufi said: “The public protector has already found [Western Cape local government] MEC [Anton] Bredell to be in breach of the code of conduct for members when he instructed the municipality of George not to fill any vacancy without the consent of the DA federal executive.

“This instruction was given to the officials in George on the DA letterhead, signed by MEC Bredell. It was intended to block the appointment of a better qualified and more experienced black candidate. This a public service post that had been advertised.”

This instruction was given to the officials in George on the DA Letterhead, signed by MEC Bredell.  It was intended to block the appointment of a better qualified and more experienced black candidate. This a public service post that had been advertised.

The ANC national executive committee (NEC) last week said it would review its cadre deployment policy after Zondo found the party, through this policy, had contributed to state capture.

ANC spokesperson Pule Mabe said the party would transparently deal with all aspects of the commission’s report.

“The ANC will, among others, review its policies with respect to cadre deployment policy and practice, party funding principles, organisational discipline and accountability and parliamentary oversight.

“A task team will make recommendations on key principles in each of these areas. Individuals mentioned or implicated in the report, all such ANC current and former leaders and ANC members without prejudice must immediately take the initiative and present themselves to the integrity commission,” Mabe said in a statement.