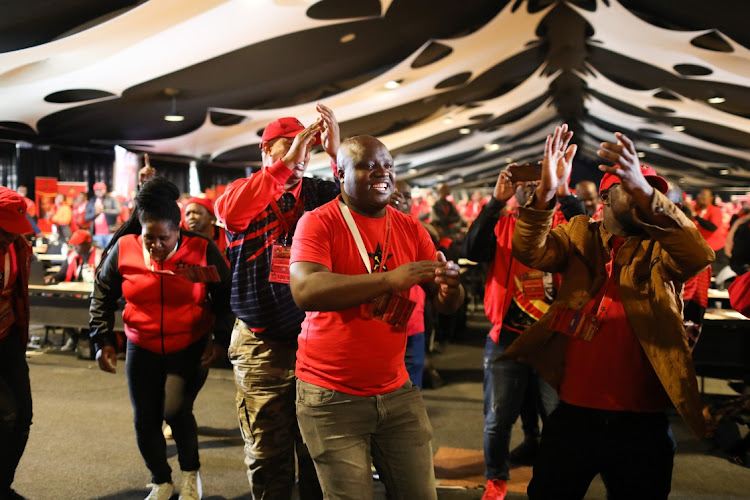 The SACP’s youth wing says the country’s energy crisis and Eskom’s problems are “man-made”, and fingers must be pointed at renewable energy advocates.

This is according to Young Communist League (YCL) national secretary Tinyiko Ntini, who delivered its message at the SACP congress in Ekurhuleni, Gauteng.

The young reds support Mantashe’s “just transition”, with coal-fired energy as the main baseload, rather than the radical shift to renewable energy being advocated by some.

Mantashe has been under siege from some quarters, including renewable energy lobby groups and the DA, for his stance, but the YCL believes he is on the right track.

“We see the load-shedding that has become a blackout and it is our belief that what is happening with the power utility is man-made,” Ntini said.

“This is a continued project to benefit [a] few allies within and outside the movement. Where is the SACP to provide direction around these issues?

“Some of these problems within Eskom are not because of lack of capacity within the leadership of that utility, but about misplacing Eskom within the department of public enterprises, which does not have the mandate in terms of the legislation to be able to deal with some of these issues,” he continued.

“And these are things that create tensions among the departments of minerals and energy and public enterprises. This because some within Eskom are renewable energy fundamentalists who want an upright shift but will not assist workers. As YCL we support just transition as we continue to analyse ... how to assist the working class to come out of this misery.”

SACP general secretary Blade Nzimande said they will not accept power generation and supply being handed over to independent power producers.

The renewable energy space, argued Nzimande, must be led by Eskom, as a public company, in the interest of the people.

He blamed the apartheid, Thabo Mbeki and Jacob Zuma administrations for the problems besieging Eskom

On the apartheid government, he said it stopped expanding Eskom’s power generation capacity “when it sensed” there was a democratic breakthrough on the horizon that would connect the country’s entire population to the grid.

As for Mbeki, Nzimande said he ignored advice in 1999 to “recapitalise” Eskom or face rolling blackouts in about 15 years. The Zuma years worsened the situation by opening the taps for rampant looting by his cronies, he said.

Cosatu boss Zingiswa Losi added her voice on the sorry state of public companies, especially Eskom. She lauded the SACP for being vocal on matters affecting SAA but said the party was missing in action on other state-owned entities (SOEs).

According to Losi, all SOEs should remain in the hands of the people, but the SACP and Cosatu must put pressure on the government.