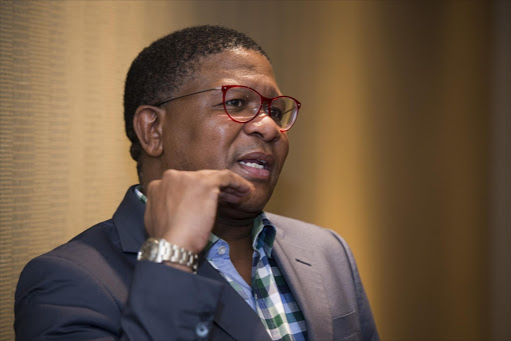 The DA in the Western Cape has slammed transport minister Fikile Mbalula's statement that the “SAPS must shoot” people who set up shacks on railway lines.

Mbalula said police must protect railway lines and deal with people who set up shacks on them if need be.

According to Heart FM, Mbalula made the remarks during the reopening of Cape Town’s central line, after it was closed in 2019 due to theft and vandalism.

“I’m saying to SAPS shoot, but not to kill. Anyone who is going to erect a shack here must be dealt with. I’m not going to accept that people are going to come here and put up shacks. The land must be guarded.”

Transport minister Fikile Mbalula was stuck in a train during a ride to monitor the reopening of Cape Town’s central line.The line has been closed ...
News
2 weeks ago

In a statement, DA provincial leader Tertuis Simmers said he was appalled by the statement.

“Not only was the reopening a complete disaster, since the train was delayed and then got stuck between stations, but Mbalula’s reckless instruction to police officers to shoot people on the railway line is nothing short of criminal,” he said.

“Is Mbalula’s idea of solving the issue of destitute and homeless people on the central line to shoot them?

“Mbalula's disgusting approach is the direct opposite of that of Cape Town mayor Geordin Hill-Lewis who announced that he 'wanted to shift from a law enforcement-driven approach to a care intervention programme' where the focus will be to assist homeless people with getting off the streets.”

Train services will be returning to East London and Gqeberha in a limited capacity on Thursday, the Passenger Rail Agency of SA (Prasa) announced on ...
News
1 month ago

Simmers said Mbalula's statement proves “the ANC doesn't care about people and destroys everything they touch”.

“The minister must immediately retract the statement and apologise to the public. He should rather focus on his job and ensure that when he opens railway lines with such fanfare, the trains are actually working properly,” he said.