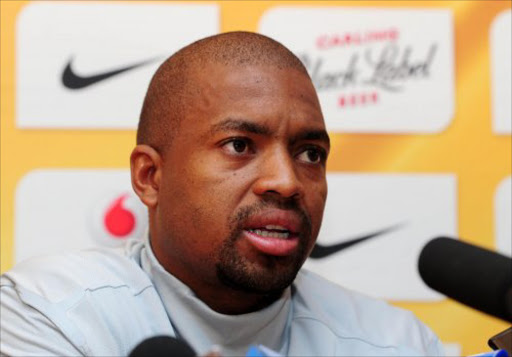 ITUMELENG KHUNE
Goalkeeper Itumeleng Khune admits the hype that usually surrounds the clash between South Africa and Nigeria affects Bafana Bafana players mentally and they end up buckling under the pressure.

Bafana have never beaten Nigeria in a competitive match and the countries are set for another battle, in an international friendly at Mbombela Stadium tomorrow.

And as usual, Bafana are the underdogs.

Bafana have given a good account of themselves in previous outings against the Super Eagles, but they have let themselves down with poor decision-making in the final third and lapses in concentration at the back.

That, Khune believes, is because of the pressure which comes from the public.

‘‘I think it’s the mentality and perception of the people. When we play against Nigeria, the hype around it distracts the players.

“Instead of treating it like any other game we end up putting ourselves under pressure to beat them,” the Kaizer Chiefs goalkeeper said yesterday at Ilanga mall in Nelspruit, where Bafana players were taking pictures and signing autographs for supporters.

‘‘As soon as people say we have never beaten Nigeria we listen to them and sometimes we go onto the field and try too hard to win. We have got another chance on Sunday to turn things around.”

Khune played for the first time in over a year for Bafana when he started the friendly game against Swaziland on Wednesday.

He played 45 minutes before coming off for Mpumalanga Black Aces shot stopper Jackson Mabokgwane. Khune is likely to start again tomorrow against the Super Eagles.

‘‘It’s overwhelming to be back in the mix. I think I have missed wearing the Bafana colours. It’s good to be back.

‘‘I think I have earned the call up because of the good work I have been doing for my club. I know I have not been playing too many games but with the five games I have played I have shown I deserve to be in the team.

‘‘Age is on my side and you know goalkeepers mature like wine. Iker Casillas is playing regularly for his club and country and what can stop me from doing the same? I can go as far as 40 playing for my country. I will always give my all.”

Khune says Bafana enjoy playing in Nelspruit because fans always come out in their numbers.

‘‘It’s going to be a great game. You can see people are excited about it and we know Mbombela never disappoints.

‘‘People will come out in their numbers. We need to take this very serious and get a positive result.”