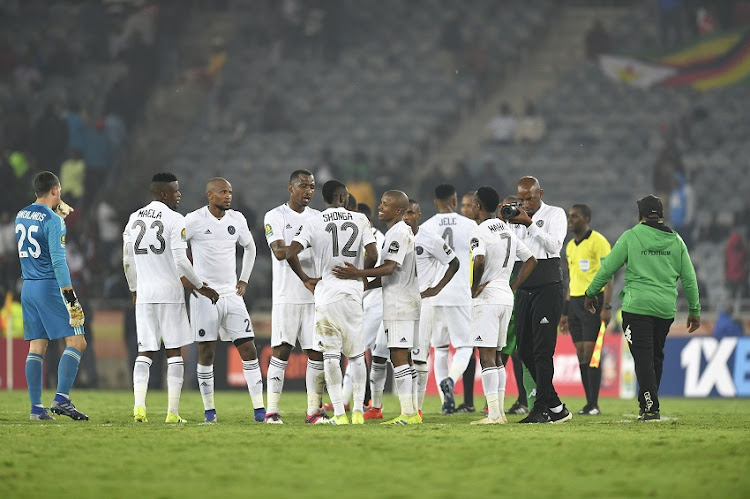 Playing for a win rather than a draw might be to Orlando Pirates’ advantage when they meet Horoya AC in the Caf Champions League in Guinea on Saturday.

Pirates being held to a 2-2 draw against Zimbabwe’s last-placed FC Platinum at Orlando Stadium last Friday is the reason the Buccaneers need to go to Conakry and beat Horoya to finish second in Group B and reach the quarterfinals.

Had they beaten Platinum‚ Bucs would have been in second place on eight points and just needed a draw away to Horoya (seven points) to progress.

The benefit‚ perhaps‚ of needing a win instead is that it removes the confusion of how to approach the game for an attack-minded team who‚ Bucs coach Milutin Sredojevic admitted‚ do not possess a strong point in playing strategically for a result.

Home success in this year’s African Champions League has never been more vital for South Africa’s two representatives than this weekend when both ...
Sport
2 years ago

“I don’t want to sound philosophical‚ but I would say‚ looking at the profile of our team‚ we do not know how to play calculating football. And this is already a huge plus for us‚” Sredojevic said.

“It means‚ if you don’t know how to play that way‚ then don’t calculate. Go all out.

“Attack‚ but do not forget to defend. Because the moment when you come out of your house thieves come there to steal‚ like last Friday against FC Platinum.

“So‚ fully aware that we have played the match‚ we have learned the lesson – we want to bring a balanced approach.

“It is also hard to believe that at home‚ Horoya‚ who have the profile of an attack-minded team‚ would park the bus. That would be a huge surprise.

“So I’m expecting a game of two boxers not pulling punches. And who punches whom‚ we shall see.”

“I was saying after the game against Platinum that perhaps the result was a blessing in disguise‚ because if you have to go there [to Guinea] to play for a draw it can put something in your mind‚ or you can relax‚” Memela said.

“And defending is not our strength – sitting behind the ball and all that.”

Pirates beat Horoya 3-0 at Orlando in January. The Guinean club‚ however‚ have only lost once at home in 19 years’ participation in the Champions League – 1-0 against CS Sfaxien of Tunisia in 2014.

Orlando Pirates produced one of their worst performances in their 2018-19 Caf Champions League campaign when they played to a needless 2-2 draw ...
Sport
2 years ago

The Premiership run-in: How the league title contenders shape up

The Absa Premiership campaign is heading towards to an exciting climax with several teams all with a mathematical chance of winning the league title.
Sport
2 years ago