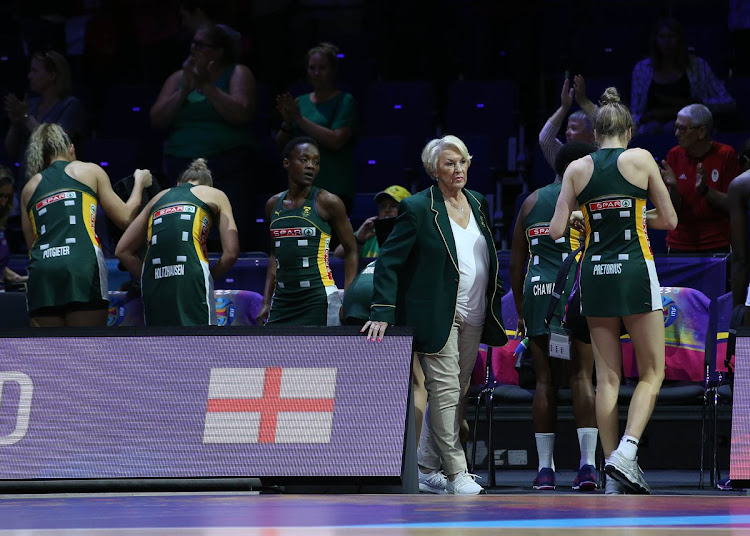 The national netball team players will be smiling all the way to the bank after it emerged that they would share a R1‚2m bonus from sponsors SPAR for finishing in fourth place at the Netball World Cup in Liverpool, England, on Sunday.

The supermarket chain had initially promised the players a share of R1m for winning the tournament‚ R750‚000 for second place‚ R500‚000 for finishing third and R200‚000 for reaching the semifinals.

But Netball South Africa president Cecilia Molokwane announced that the 12 Proteas players would be rewarded with R1.2m in appreciation for their sterling effort in the tournament.

South Africa lost 58-42 to hosts England in the third and fourth play-off match that was followed by the New Zealanders being crowned champions after a narrow 52-51 win over Australia on Sunday.

SA's hopes of a medal at the Netball World Cup went up in smoke after they lost 58-42 to hosts England in the third and fourth play-off match at the ...
Sport
2 years ago

“I feel honoured to have been named the best player of the World Cup‚” Pretorius said in appreciation of the effort of her teammates.

“You are only as good as those around you and the team did so well at this World Cup‚ and even though we won’t return home to South Africa with a medal I know that we all put our hearts and souls into each and every game in Liverpool and can hold our heads high.

“This good run obviously was what inspired me to play as well as I did and I am grateful to have been recognised by the tournament and given this very special award.”

The 12 Spar Proteas players could be millionaires by the end of the weekend if they win the 2019 Netball World Cup in Liverpool on Sunday.
Sport
2 years ago

The last South African to win this award was Erin Burger at the 2011 Netball World Cup in Singapore and ironically‚ she was Pretorius’ roommate in England.

“When Erin won the award eight years ago it really inspired me‚" said Pretorius.

"I have always believed that we can compete with the best in the world even though we don’t play as often as we would like against the top nations.

"Me winning this award shows that South Africa have the talent‚ players and team to go to the top. I am excited about the future of the Proteas.”

Pretorius returned to Australia on Monday to rejoin her team Sunshine Coast Lightening team for the remainder of the Super Netball League.