Billionaire Motsepe to be crowned new head of African football 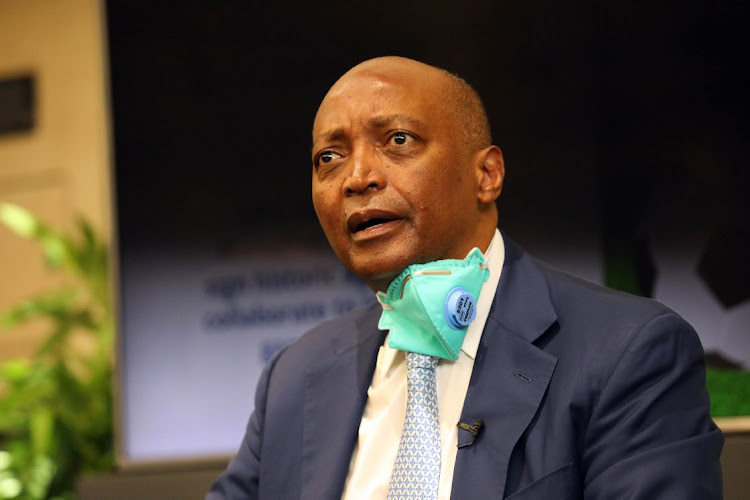 South African billionaire mining magnate Patrice Motsepe will be crowned the new head of African football later this week in a tame end to tumultuous weeks of campaigning.

The 59-year-old Motsepe, ranked by Forbes among the richest men on the continent, has been anointed as the new Confederation of African Football (CAF) president after a deal brokered by FIFA president Gianni Infantino.

The last impediment to his coronation, which will come at the CAF Congress in Rabat on Friday, was removed on Monday when the Court of Arbitration for Sport upheld a ban on CAF President Ahmad Ahmad for corruption, although reducing his suspension from five to two years.

Motsepe on Caf presidency: 'I was always taught that don’t count your chickens before they hatch'

The whole world expects Patrice Motsepe to be named Confederation of Football (Caf) president unopposed on Friday but the Mamelodi Sundowns owner is ...
Sport
7 months ago

Ahmad was initially banned in November, opening the field for new leaders with Motsepe proving a surprise candidate.

Owner of the successful South African club Mamelodi Sundowns, who won the African Champions League in 2016, he has not previously held office in football administration, enjoying rather an enigmatic profile similar to those of oligarchs investing in top European clubs.

He was pitted against Jacques Anouma of the Ivory Coast, Augustin Senghor from Senegal and Mauritania Football Federation president Ahmed Yahya but the prospect of an intriguing contest ended in a deal that will see Motsepe take the presidency and Senghor and Yahya appointed vice-presidents.

Anouma will become a special advisor.

Infantino, who spent two weeks in Africa last month, had denied any part in the succession when questioned by reporters on Friday but one day later, at a ceremony in Mauritania to seal the accord between the quartet, the FIFA president acknowledged that world soccer's governing body had played a part.

The last hurdle to the confirmation of Mamelodi Sundowns boss Patrice Motsepe's ascension to the Confederation of African Football's presidency was ...
Sport
7 months ago

“I am delighted that FIFA has been able to contribute, even if just a little, to this crucial moment for football on this great continent,” he said.

Motsepe, who is the brother-in-law of South Africa's president Cyril Ramaphosa, has promised to use his business connections to improve CAF’s commercial deals and income from television and marketing rights as well as making the Cairo-based organisation more professional.