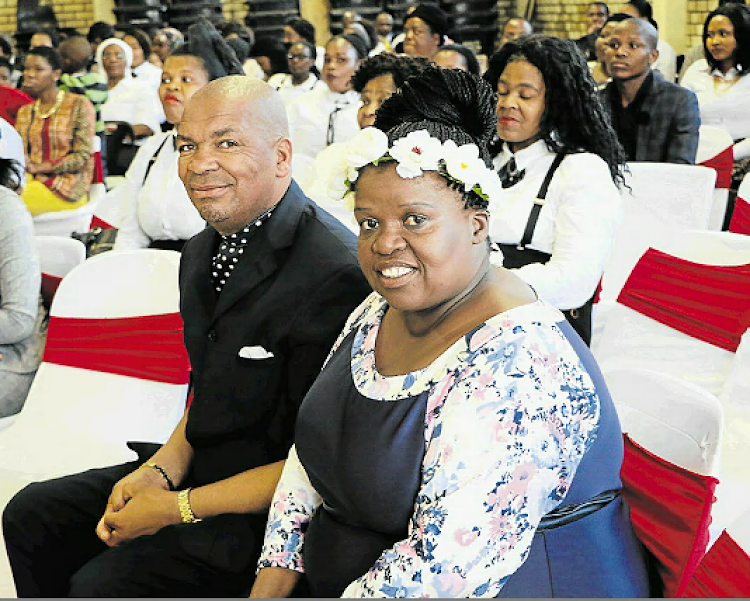 A dream from over 20 years ago became a reality on Saturday when Thandiwe Sofute officially launched her movement, Sakha Isizwe Sangomso (we are building tomorrow’s nation) at Scenery Park Community Hall with over 400 people in attendance.

The goal of the movement is to restore the bond between mothers and their daughters, as well as mothers-in-law.

Members of the movement are equipped with life skills as well as how to deal with daily challenges without compromising Christian beliefs and behaviour.

The primary school teacher explained how she wanted to educate children in a realistic manner and not sugarcoat things that they needed to be taught.

She explained that unlike most church groups she does not avoid the issue of sex and drugs and other potential pitfalls of modern life – she tells girls that if they sleep with boys they could fall pregnant and may get infected with HIV and if they took drugs they could become addicted and drop out of school.

“This movement calls a spade a spade. There is no point in hiding these things.

The movement which started off as an all-female movement hosting free seminars, workshops and camps is also open to males.

Like many other NGOs, one of the organisation challenges is funding, but Sakha Isizwe Sangomso’s main challenge is getting support from some of the church authorities because of the “harsh” message they spread especially to teenagers.

“The problem with people is that they want to hear what makes them happy and not the truth. I am the Jeremiah of this time – I don’t have fans because of what I preach and teach,” says MaSoft as she is known.

The movement, which is supported by other churches besides the Apostolic Faith Mission, also identifies people who need help in the community and those who help with the little they have.

The do-gooders have in the past given university application fees to those who could not afford to apply before the free online application system.

“My success is helping the person next to me – we are very good at seeing pregnant teens but poor at identifying those with depression,” said MaSoft.

The mother of three said her children were at a disadvantage because she was always on the road motivating and helping others, as the movement kept her busy and she had to do a fair amount of travelling.

“At first all of this did not make sense especially when she did not spend much time with us, but the movement is helpful for a lot of people,” they say.

“It is eye-opening and we feel that she understands our struggles as teenagers and the phases we go through much better now.”

Yoliswa Qase, second-in-charge of the movement heaped praise on Sofute.

“This is very beneficial for the community because it deals with things that are not spoken about and improves a lot of relationships. She doesn’t only love her family but everyone involved in the project. Sometimes she even goes the extra mile and does things that are not even a part of what she introduced in the movement,” Qase said.

Tune into MaSoft’s show ‘Glory’ on Sundays on Kumkani FM from 3pm to 5.30pm.