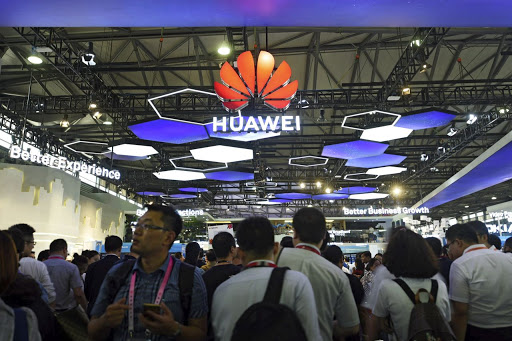 Germany is exploring ways to ban the use of Huawei Technologies products in the country’s telecommunications infrastructure, according to a government official, extending the Western backlash against the Chinese tech firm over security concerns.

Berlin was considering tightening existing security requirements for the construction of so-called 5G next-generation mobile communication networks in Germany in a way that would make it impossible for operators to use Huawei equipment, the official said.

It's too late to fight Huawei's rise now. It has already won

China warned Canada on Saturday that there would be severe consequences if it did not immediately release Huawei Technologies Co Ltd's chief ...
News
2 years ago

Germany is one of Huawei’s most important foreign markets. Huawei’s European headquarters are in the German city of Düsseldorf. And Germany has the biggest economy in the region of Europe, Middle East and Africa, the market where Huawei gets the largest percentage of its revenue outside China. In 2017, it got 27% of its $92.6 billion in revenue from that region.

The effort marks a change of tack for the German government.

The US government has been pressuring allies for months to ban Huawei products from their infrastructure for fear they could make it easier for the Chinese government to spy on communications. But German officials had so far expressed skepticism about those concerns, for which they said there was no evidence.

Last month, the Federal Office for Information Security, the German cybersecurity watchdog, told The Wall Street Journal it was in talks with international telecom equipment vendors to set up security labs in the country that would allow government experts to vet the safety of their equipment.

The latest considerations go much further however.

“We are conducting a thorough interdepartmental analysis of how we could amend the security requirements in a way that would affect Huawei,” the official said. “There are serious concerns about the building of a 5G infrastructure including warnings about back doors in hardware components, data flows…this would affect everything from communication to self-driving cars.”

The change of tack comes days after Polish authorities arrested a former senior Polish security official and a Huawei sales director in that country, and charged them with spying for China. Huawei fired the employee and said his alleged action wasn’t related to his employment. Neither man’s attorneys were available for comment.

On Wednesday, The Wall Street Journal reported US prosecutors are pursuing a criminal investigation of Huawei for allegedly stealing trade secrets from US business partners, including technology used by T-Mobile US Inc. to test smartphones. Huawei has said it settled with T-Mobile in the matter in 2017, after a US jury verdict found no willful or malicious conduct by Huawei.

The German daily newspaper Handelsblatt reported first about the initiative Thursday, saying the effort was focused on indirectly banning Huawei from operators’ so-called core networks, the essential backbone of a mobile phone network. The paper said the move could also affect older 3G and 4G networks.

A Huawei spokesman in Europe said “Germany is a big and important market. The German government has so far had a very balanced position and has been able to resist outside pressures. It is up to German authorities to make their decisions and we will of course comply and respect any decision.”

“But politicization of the 5G issue is proceeding in several European countries,” the spokesman said. “Limiting access to certain market players means prices would go up and innovation would slow down."

The German official said raising security requirements would be the only legal way to de facto exclude Huawei from all crucial tenders in Germany as the country has no other legislation that would justify an outright ban.

The timing of the talks come as Germany is scheduled to host its auction for 5G spectrum licenses this spring, in which telecommunications carriers are expected to bid for rights to host ultrafast internet connections. Huawei is already a significant vendor to carriers within Germany. Last month, Deutsche Telekom said it would review its procurement strategy for equipment in light of concerns about Chinese manufacturing of telecom infrastructure.

Dieter Kempf, head of Germany’s powerful business lobby BDI said Thursday that no equipment vendor should be excluded from Germany’s 5G network as long as there is no proof against them.

“I think it would be completely misguided to insinuate a danger of any vendor, no matter what its name or origin, if this hasn’t been proven,” Mr. Kempf said when asked about efforts to ban Huawei from the network build out.

A spokesman for the Federal Network Agency didn’t have an immediate comment.

The Network Agency and the Office for Information Security have been working with vendors and operators for some time on updated security requirements for mobile communications. The changes could be included in a planned reform of Germany’s telecommunications law, according to Handelsblatt.

While concerns about the integrity of Huawei equipment and about the company’s practices have existed for years, these have escalated in recent months.