No, commuters don't save 11 days a year by using the Gautrain: Ad watchdog 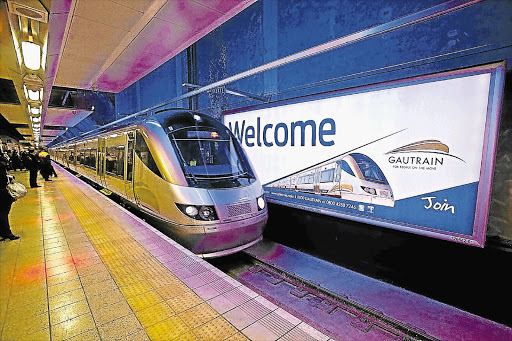 An advert claiming that Gautrain users can save up to 11 days a year when they use the rail service compared to a vehicle is misleading and should be taken down.

This is according to the Advertising Regulatory Board (ARB), which found in favour of Stefan Marnewick who lodged a complaint against Bombela Concession Company about an advert promoting the use of the Gautrain.

The advert encourages the public to use the Gautrain in order save time, which they could then spend with their families, including their dogs.

"Time spent in Joburg and Pretoria traffic adds up to eleven days a year. What would you do with eleven extra days a year? Ride the Gautrain and have more time for your life,” the advert says.

According to Marnewick, the claim that users can save up to 11 days is false and misleading. He argued it was not possible as people would still spend 11 days in the train instead of a car.

In its response to the complaint, Bombela denied the advert was misleading and false.

Red Bull is paying out unhappy customers who claim the company falsely promised them wings after drinking the energy drink.
News
1 year ago

The company said its intention was to highlight the benefits of travelling by the Gautrain service as compared to using a vehicle.

Bombela further contended that it had used the INRIX 2018 Global Traffic Scorecard, an independent study which found "that road users lose up to 11 days a year due to road traffic between Pretoria and Johannesburg".

The company undertook to change the current campaign in its "endeavour" to keep its advertising material topical. It however said it had no intention of withdrawing the advert, unless ordered to do so by the ARB.

In its finding, the ARB said it could not accept Bombela’s undertaking.

"The directorate was unable to find anything in the report to substantiate the advertiser’s statement that 'The INRIX 2018 Global Traffic Scorecard ... found that road users lose up to 11 days a year due to road traffic between Pretoria and Johannesburg'.

WATCH | 'Binge drinking' adverts Tops have been told to remove

The Advertising Regulatory Board (ARB) has ordered Tops at Spar to remove two TV commercials because the closing sequences create the “impression of ...
News
1 year ago

"It appears that the claim may be arrived at by adding the Johannesburg and Pretoria hours together, a view supported by the wording of the commercial which alludes to 'adds up'. However, this is based on false logic," the ARB said.

The directorate ordered Bombela to withdraw the advertisement in its current format with immediate effect.