On Wednesday, amaBhungane revealed the names of companies benefitting from the R4-billion-a-year Community Work Programme. Then the Daily Dispatch took us to the Eastern Cape where participants were threatened if they spoke out. Today we dig into allegations that an implementing agent in the Eastern Cape is dishing out contracts to friends, family and staff while local businesses miss out 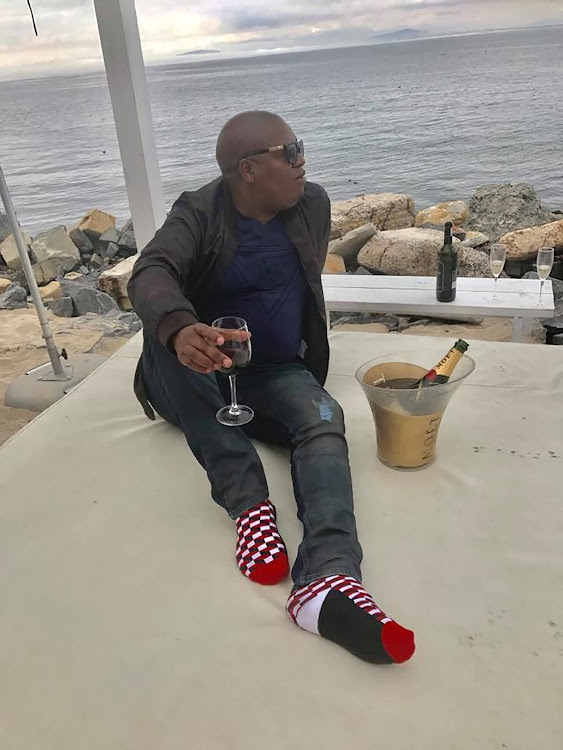 Before shutting down his Facebook profile, he liked to post photos of his collection of cars, bottles of Moët & Chandon and parties with local celebrities.

But if you are a journalist looking to ask him questions, the Mpumalanga businessman is nowhere to be found.

In April 2018, the department of co-operative governance and traditional affairs (Cogta) appointed SAYM to run a chunk of the Community Works Programme (CWP) in the Eastern Cape.

The CWP provides “useful work” to impoverished communities; how that is defined is up to community members but includes food gardens, patching potholes, staffing crèches or providing early childhood development training.

In exchange, the 259 000 participants across the country receive two days of work a week earning just R97.50 per day.

With a budget of R689-million this year, the Eastern Cape has the largest programme in the country.

Facing an avalanche of allegations, the co-operative governance department has quietly launched a forensic investigation
News
1 year ago

Though funded by Cogta, the CWP is run by “implementing agents”, which are paid a fee to coordinate the programme on government’s behalf and procure tools, materials, protective clothing and training.

In the Eastern Cape, SAYM is one of two implementing agents. As such, it was supposed to ensure that contracts for these items were awarded in a way that was “fair, equitable, transparent, competitive and cost-effective”.

Yet four weeks before issuing a major tender for protective clothing, Sigudhla, the SAYM executive director, set up a factory in Pretoria to manufacture t-shirts, overalls and hats to the specifications that the tender would require.

Then, a company with links to SAYM not only won the contract, but appears to have sourced at least some of its protective clothing from the factory that Sigudhla had timeously set up.

Meanwhile local businesses – sewing co-operatives and other manufacturers in the Eastern Cape – have been left wondering what happened.

“They’re robbing the Eastern Cape,” an unsuccessful bidder said.  “We don’t go [to] do jobs in Joburg, but the Eastern Cape jobs are given to guys in Joburg. And this is not a specialist job, it’s an easy thing to do.”

Hundreds of Community Work Programme (CWP) workers in the Eastern Cape have not been provided adequate protective clothing. Many are clad in sandals ...
News
1 year ago

SAYM agreed to an interview last year, then sent a letter insisting that SAYM’s tender processes were free and fair.

“[W]e have never given friends, staff members or families even though our policy doesn’t exclude staff members to render services to organisations though its own conflict of interest policy [sic],” Sigudhla’s office manager, Jika Chabwera, wrote.

Chabwera offered to prepare us a file of evidence for our upcoming interview, but then the interview was postponed, and eventually SAYM stopped taking our calls and responding to our emails.

When we approached Cogta with our allegations in August last year, SAYM sent a lawyer’s letter threatening to sue us if we did not withdraw our questions and apologise.

When we approached Cogta with our allegations in August last year, SAYM sent a lawyer’s letter threatening to sue us if we did not withdraw our questions and apologise.

Last year, amaBhungane filed a Promotion of Access to Information Act (Paia) request for details of every contract that implementing agents had awarded for tools, materials and the like. Cogta disclosed most of the records.

We were trying to established whether an allegation from a former SAYM employee, Lucas Loate, was true: that SAYM had awarded CWP contracts to companies run by its own employees.

Loate worked for SAYM for 18 months as a programme manager in the Eastern Cape but fell out with his employer and was effectively fired in April last year.

During a subsequent Commission for Conciliation, Mediation and Arbitration (CCMA) hearing, Loate claimed that he was sidelined after questioning, amongst other things, why a company run by SAYM manager Nelisiwe Mahlangu had been appointed to provide agricultural training at 11 CWP sites in the province.

Loate said he became concerned when, in December 2018, he received a list of newly-appointed training providers for the CWP. One of the companies listed Mahlangu as its contact person.

“At the time I’m seeing the list, Nelisiwe was still very much … part and parcel of SAYM; she was a programme manager,” he explained.

Loate said he raised his concerns with Sigudhla. After this, Loate says, he was sidelined from all CWP work.

“[A] new reporting system was put in place so that all the reports can bypass me… Eventually my position held no power,” he said.

In response, SAYM argued that Loate was moved into a new role due to poor performance, and was dismissed after his 3-month probation in this new role. The CCMA ruled in Loate’s favour.

What SAYM did not dispute and what Cogta records confirm is that Professional Development and Training Institute (known as Prodit), where Mahlangu was the sole registered director, received a R1.9-million contract from SAYM to provide CWP training.

Various sources allege that Mahlangu is not only an SAYM employee, but also Sigudhla’s cousin. She and Sigudhla are also co-directors of a parallel company called SA Youth Movement.

“Go tell that person who sent you that they don’t have to hide behind your skirt!” Mahlangu shouted when we called her for comment. “If there’s something fraudulent, it is not for you to write stories about, it for Cogta to institute an investigation.”

Well, they have now.

AmaBhungane has established that after receiving our questions in August last year, Cogta appointed MNS Attorneys to conduct a forensic investigation into, amongst other things, “issues relating to irregular appointment of suppliers by Implementing Agents such as SAYM”.

When we spoke to Mahlangu she claimed she had resigned from SAYM in 2016 and now worked for SAYM as a consultant.

Government’s R4bn-a-year Community Work Programme (CWP) is intended to be a “job safety net” for unemployed people. It was formulated as a grassroots ...
News
1 year ago

“Even that company [Prodit] I took over as a consultant. Because I was interested in training,” she said.

Masupyoe, one source alleges, is Mahlangu’s sister. Her LinkedIn profile indicates that during 2019 – the year when Prodit was conducting agricultural training in the Eastern Cape – she was studying towards a degree at the University of Pretoria.

During the course of Loate’s CCMA hearing, SAYM claimed that Prodit was part of an incubation programme. This may be consistent with what Prodit’s original owner told us, namely that he sold the company to SAYM.

If so, it may be good news for Mahlangu but not for SAYM which would then be profiting from a contract it was supposed to award freely and fairly.

In fact, in Cogta’s records we found at least 10 contracts worth R13.6-million that were awarded to companies run by SAYM staff, their business partners and apparent members of Sigudhla’s family. These include:

These contracts account for roughly a quarter of the R54-million in contracts for tools, materials and training that SAYM awarded on Cogta’s behalf in the 2018/19 financial year.

“The process of procurement of all good[s/]services is based on the procurement policy adopted by the organisation which promotes good governance… [and] met basi[c] prescription[s] of [the] public financial management act,” he said.

SAYM said that tenders were advertised and a database of potential suppliers compiled from municipalities in the Eastern Cape.

But when we asked to see a list of the competing bids as well as the bid adjudication and bid evaluation reports, SAYM stopped taking our calls.

With SAYM refusing to speak to us, we went looking for the companies to find answers.

For more on this investigation go to www.amaBhungane.org and keep reading the Daily Dispatch.