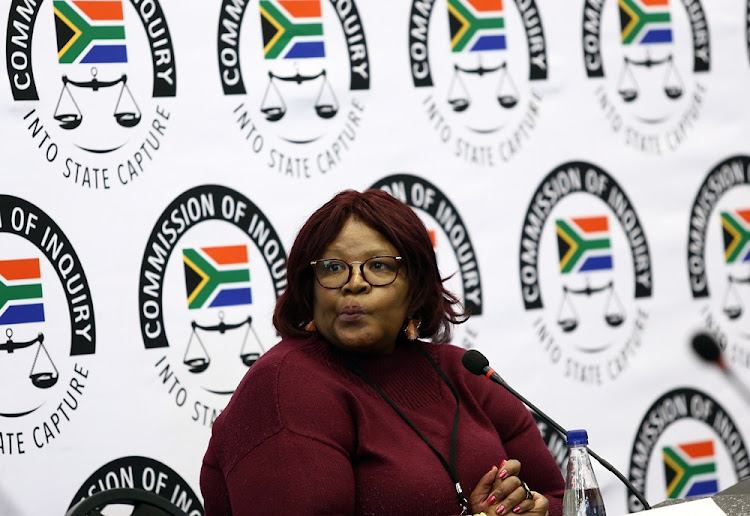 Vytjie Mentor during an earlier appearance at the Zondo commission of inquiry into state capture. File photo.
Image: Masi Losi

Former ANC MP Vytjie Mentor's testimony before the state capture inquiry took yet another hit on Wednesday when one of her colleagues, Hlengiwe Mgabadeli, said she could not recall Mentor disclosing to her an offer for the public enterprises ministerial post by one of the Gupta brothers.

Mentor previously told the commission that she may have confided in Mgabadeli, who previously served as an ANC MP, back in 2010 after she was allegedly taken to the Guptas' Saxonwold home.

There, Mentor says, then-president Jacob Zuma was present and Ajay Gupta offered her the job of public enterprises minister in exchange for doing the family's bidding once she took up the role.

"I’ve got nothing against Mentor, she's my sister, she's my comrade, she's my neighbour ... but I just don’t recall her telling me," Mgabadeli said.

She said she first heard about the offer when Mentor went public with the allegations in 2016, and again when she testified before the commission in 2018.

Mgabadeli said she had no reason to believe Mentor may not have told her because the two were "very close", but she could not recall such a conversation.

This is not the first time Mentor's testimony has been disputed.

In February, experts tasked by the commission to do a visual inspection of the Gupta's home testified that they did not find any features that Mentor saw when she was taken there in 2010.