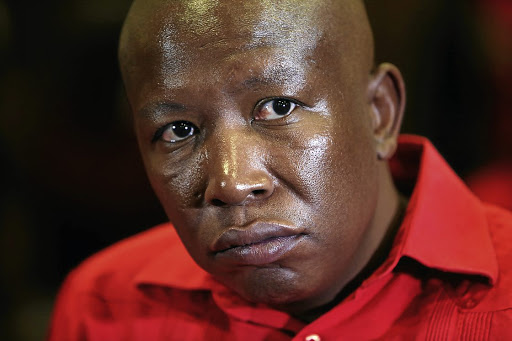 Julius Malema says many businesses in SA, particularly in the hospitality and the agricultural industry, employ Africans from other parts of the continent so that they can exploit them.
Image: Supplied

EFF leader Julius Malema has called on businesses to make sure at least 60% of their staff are South Africans.

Malema was at pains to explain that this was not a xenophobic call, but that it would stop employers from exploiting foreign nationals, whose rights, he said, were undermined when there were no South African workers in a company.

“When you mix South Africans with our African brothers and sisters, then they are guaranteed of their rights, their safety and better salaries because South Africans would never accept mediocre salaries from any employer.

“We therefore call on all employers inclusive of farms, retail stores, restaurants, hotels, the hospitality businesses and the entire private sector, to ensure that a minimum of 60% of their employees are South Africans,” he said.

Malema accused employers of abusing the migration status of foreigners  by violating their basic labour and human rights.

He said while the EFF was committed to Pan-Africanism, it had realised that many companies and businesses in SA, particularly in the hospitality and the agricultural industry, employed Africans from other parts of the continent so that they could exploit them.

“All Africans are welcomed here and they must work here. It is not their fault that they are working. It is the fault of the white men who employ them and exclude us with an intention to divide us,” he said.

Malema claimed that after employing foreign nationals, white-owned businesses would then turn around and say “you are unemployed because of Zimbabweans”. This created tensions, he said. “What we are saying is, leave the employees alone. Let's go to the white man and ask the question: 'Why did you hire only Zimbabweans when we are here and unemployed. What type of employment strategy is this'?”

State capture inquiry not confined to those implicated by witnesses, say experts. This is the view of experts who reacted to a Sunday Times report ...
News
1 year ago

Mboweni said things had changed over the past two decades and the country's unemployed workers were being left behind. When he returned to SA from exile in 1990, he explained, eight out of 10 workers at restaurants were South African.

“The other two were probably Malawian or Zimbabwean. Today almost 100% are non-South African,” he said. “The new economy that we are getting into after the lifting of the lockdown must answer that question. Any establishment wanting to reopen must have a new labour market policy which prioritises South Africans but does not discriminate against [foreigners],” Mboweni said.

“The proportion of South Africans working in a restaurant must be greater than that of non-South Africans,” he said.

The IFP meanwhile announced in January that it was planning to introduce a new bill proposing the rationing of jobs whereby businesses would be forced to prioritise South Africans over foreigners.

At the time, IFP MP Liezl van der Merwe said she would be piloting the proposed legislation to ensure that a certain percentage, or a certain quota, for certain skills should go to people from outside the country who are in the country legally but the majority of the jobs should be reserved for South Africans.

The party suggested that the proposed quota would be 80:20 with businesses obliged to ensure that at least 80% of their employees are South Africans.