‘We needed an alternative to Julius Malema’: Zille says Maimane’s appointment was ‘right fit’ for the DA 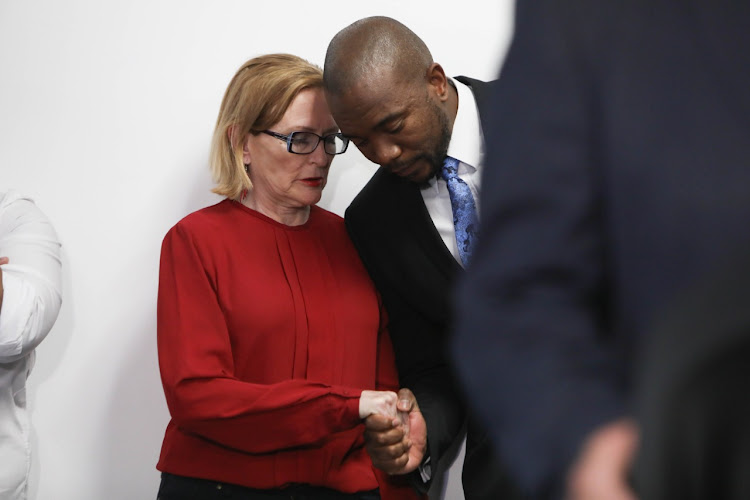 DA federal council chairperson Helen Zille has disputed Tony Leon’s claim about Mmusi Maimane being an “experiment gone wrong”, saying Maimane was the right fit for the DA and she saw him as an “alternative” to EFF leader Julius Malema.

Leon, who was leader of the DA from 1999 to 2007, caused a stir after an interview on News24 earlier in April in which he spoke about his new book Future Tense.

In the interview, Leon was quoted as saying Maimane was “an experiment gone wrong” when he was elected leader of the DA in 2015 before throwing in the towel in 2019.

Helen Zille said the movement is too busy "looking for microaggressions" rather than confronting all violence against black people.
News
1 year ago

Speaking on 702 on Thursday, Zille said Maimane's appointment as DA leader was the right fit because “his whole personal life spoke of nonracialism”.

“I thought at the time, with all the information I had, Mmusi was the absolute right fit. He was young, very telegenic and very charismatic. He could deliver a speech far better than I could. I really felt in the context at the time, we needed an alternative to Julius Malema,” said Zille.

Zille said the DA, at the time, needed a “strong alternative to the racial, nationalist populism and anti-constitutionalism of the EFF”.

“Maimane had a degree in business administration and in theology. In fact, a master’s degree in both. I genuinely thought he was the perfect fit,” she said.

Zille said, if anything, she was a “massive experiment” in the DA, even though the party never said it.

“If you look at my life you will see how big an experiment I was for the DA. They put me in as the mayoral candidate. I was then in charge of a very complex seven-party coalition which was difficult to run. At the same time, they made me the leader of the party. That was a massive experiment.

“I don’t think the DA viewed me personally as an experiment because no human being is an experiment. But they viewed having a mayor as a leader concurrently as a huge experiment, risk and trial run which could have easily gone wrong,” Zille said.

At the height of the outrage that followed Leon’s claim, Maimane called Leon out for disrespecting him.

“a itlhagisa, ebile wa tella (you exposed yourself and are even disrespectful). Entlek ungijwayela kabi (actually, you’ve disrespected me badly),” Maimane told Leon.

Maimane said Leon took a shot at him because he [Maimane] wanted the DA to celebrate the life of the late ANC stalwart Winnie Madikizela-Mandela when she died in 2018 and to expand the party base beyond its “traditional voters”.

“That was the right thing to do and I stand by those decisions,” he said.

“Imagine being the second largest party and saying nothing when an icon like Winnie Madikizela-Mandela passes on? That would reflect a lack of ubuntu and a lack of sensitivity to the moment. I was not going to do that. Celebrating her life was the right thing to do,” Maimane said.