ANC funding drying up because of the need to declare: Ramaphosa 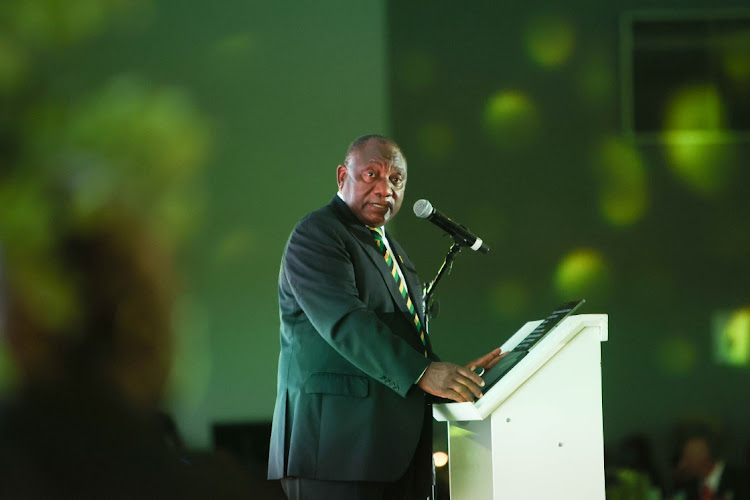 ANC president Cyril Ramaphosa says funding for the ruling party has dried up because of the need to declare political party funding.
Image: THE SUNDAY TIMES/ ALAISTER RUSSELL

The requirement that political parties declare their funding sources has dried up the well for the ANC as some businesses don’t want to be known for their associations with the ruling party.

This is according to President Cyril Ramaphosa, who said on Sunday some ANC funders have distanced themselves from the party because of the need to declare.

In an interview with eNCA, the president said while there are businesses that don’t take issue with this requirement, others prefer to remain anonymous.

“A number of people in business say, ‘We would like to fund  but we don't want to be advertising.’ But there are others who say, ‘In terms of our own governance, we will be able to put it in our annual report that we funded a number of organisations.’

“There are business people who would say, ‘I don’t want, in running my business, to be on the front page of a newspaper.’ They are the ones who say, ‘I am not going to fund you,’” claimed the president.

Limpopo premier and ANC provincial leader Stan Mathabatha says the party in the province will support President Cyril Ramaphosa for a second term at ...
Politics
7 months ago

Kgothatso Madisa reported for the Sunday Times that the ANC seeks to challenge the Political Party Funding Act, which has been in law for less than a year. It was implemented in April after it was signed by Ramaphosa in January last year.

The act requires parties to disclose funding sources of more than R100,000 and limits single donor funding to R15m per year.

ANC national executive committee member Dakota Legoete said the ANC was not the only party that wanted the law amended.

“We are taking it back to parliament for it to be amended. It is not only the ANC who say the act must be amended. It includes the EFF, DA and other parties. We are all affected.”

Legoete said the ruling party wanted the minimum and maximum funding threshold to be done away with.

“We want to amend it because what we are saying is that let the act not be rigid, but let’s rather bring regulations to control activities of parties.”

"Mandela and many at the helm of the ANC today factionally marginalised Mama Winnie [Madikizela-Mandela] in 1997 to give advantage to Jacob Zuma’s ...
Politics
7 months ago

The ANC received R22m in monetary donations, with Ramaphosa in his personal capacity and businessman Patrice Motsepe among its donors.

Ramaphosa made two donations of R166,000 and R200,000 and Motsepe’s African Rainbow Minerals donated R5.8m. The party’s biggest donor was the Chancellor House Trust, which does business on behalf of the party, which donated R15m.