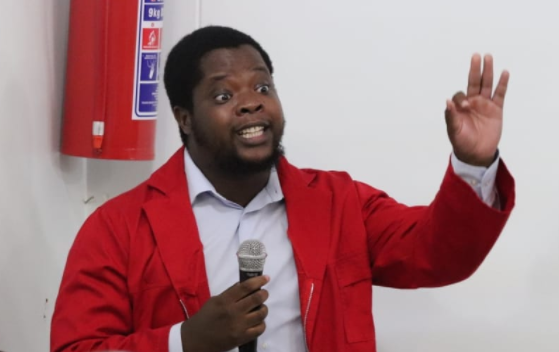 EFF member Anthony Matumba, accused of stirring racial tensions online using a fake Twitter account, will be sworn in as an MP on Wednesday.

Matumba, who this week appeared in the Equality Court for allegedly being behind a fake Twitter account used to spread disparaging, racist and harassing comments about black women, confirmed to TimesLIVE that he arrived in Cape Town on Wednesday morning and will be sworn in as an MP.

Asked about his selection as an MP, EFF spokesperson Vuyani Pambo said the party had decided to take him to parliament as it had done with many other people.

“This is a non-question, because we’ve already made that decision to take him to parliament. Are you saying because he has this court case he should not be taken to parliament?”

Until now, Matumba had been a councillor at the Makhado local municipality in Limpopo.

The party has committed to supporting pupils seeking to register at universities, to ensure they do so without being prejudiced.
Politics
3 months ago

The case against Matumba was brought by the SA Human Rights Commission (SAHRC) after it received complaints from a member of the public about comments made by someone using the alias @TracyZille on Twitter.

“The SAHRC believes no individual may use the hurtful history of this country to leverage an income for him or herself.

“The SAHRC condemns action which deliberately contradicts our mandate of reconciliation and nation-building and is confident the court will send a strong message to the faceless individuals on social media who attempt to abuse these platforms in contradiction of the aims of the Equality Act.”

The Equality Court case, which was scheduled to continue on Wednesday, has been postponed at the request of Matumba to allow him to attend his swearing-in ceremony.