The day we have all been waiting for: Zuma appears before state capture inquiry 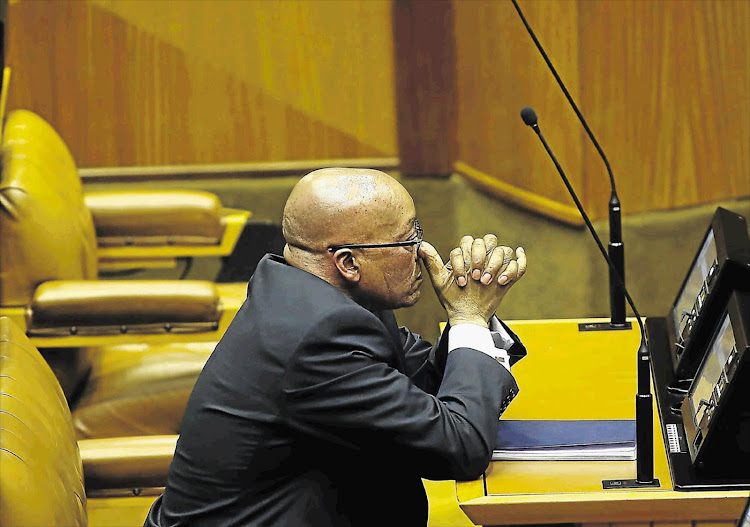 Former president Jacob Zuma will appear for the first time before the commission of inquiry into state capture on Monday - and he has a lot to answer for.

Though he denies involvement in state capture, Zuma has been implicated directly by a number of key witnesses who have already appeared before the commission.

In anticipation of his appearance, security has been ramped up as both his supporters and detractors are expected to stage demonstrations outside the venue in Parktown. Roads surrounding the venue are likely to be closed off, vehicles entering the area searched, and only a limited amount of people will be allowed into the public gallery at the commission.

The former president stands accused of having abused his executive powers by making decisions that allowed for various government departments and state institutions to be repurposed and looted over his nine years in office.

International relations and cooperation minister Naledi Pandor will approach President Cyril Ramaphosa to discuss steps to be taken against Bruce ...
News
2 years ago

One of the first witnesses to appear before the commission last year, former Government Communication and Information Systems boss Themba Maseko, alleged Zuma had instructed him to help the Guptas in their 2010 bid to redirect the GCIS’s entire R600m media advertising budget to the family’s media interests.

Zuma will also have to answer allegations set out by former public enterprises minister Barbara Hogan and incumbent minister Pravin Gordhan. Hogan claimed Zuma had instructed her to withdraw information on certain issues in her reports to parliament and had insisted on appointments to the executives at state-owned entities.

Gordhan said he believed that his sacking in 2016 was a move by Zuma to have court processes regarding the closing of Gupta-related bank accounts withdrawn.

ANC leaders who served under Zuma, like Vytjie Mentor and Ngoako Ramatlhodi, also exposed his relationship with the Gupta family.

The first indication that Zuma was receiving monetary benefit for abusing his state powers came from former Bosasa executive Angelo Agrizzi who told the commission that the then president was on the company’s pay roll.

Zuma allegedly received a handsome R300,000 per month from Bosasa, paid in cash to Dudu Myeni who chairs the board of the Jacob Zuma Foundation.

In exchange, Zuma is said to have used his influence to help effect legislative changes for Bosasa to do business and cripple investigations by the Hawks into the company.

The last person to implicate Zuma directly in wrongdoing at the commission was former ANN7 editor Rajesh Sundaram who appeared last month.

He described Zuma as the go-to guy for the Gupta brothers when they ran into problems with their Infinity Media assets, also keeping him in the loop, like one would a shareholder, about activities at the ANN7 television station. One of the main purposes of the visiting Zuma, he alleged, was to secure advertising revenue for the Guptas' media entities from various government departments.

Although he faces a mountain of allegations, it is unclear as to whether Zuma will provide any real answers to questions from the commission when he takes the stand. Through his lawyers, Zuma has previously slammed the commission as being "politicised" and biased against him.

The commission has set down the entire week for Zuma's questioning.

'There was this word, favour': Commission hears more about Guptas' Waterkloof landing

It appears that the man who finally approved the clearance of the Guptas' Waterkloof flight may have done so to land a government job.
News
2 years ago

Former president Jacob Zuma’s attendance at the state of the province address in the KwaZulu-Natal legislature in Pietermaritzburg caused a stir on ...
Politics
2 years ago

Former president Jacob Zuma, who has until now refused to answer specific questions on alleged state capture during his time in office, has agreed to ...
News
2 years ago

The radical economic transformation of the Jacob Zuma years has come full circle. The chickens have come home to roost. Welcome to the Banana ...
News
2 years ago