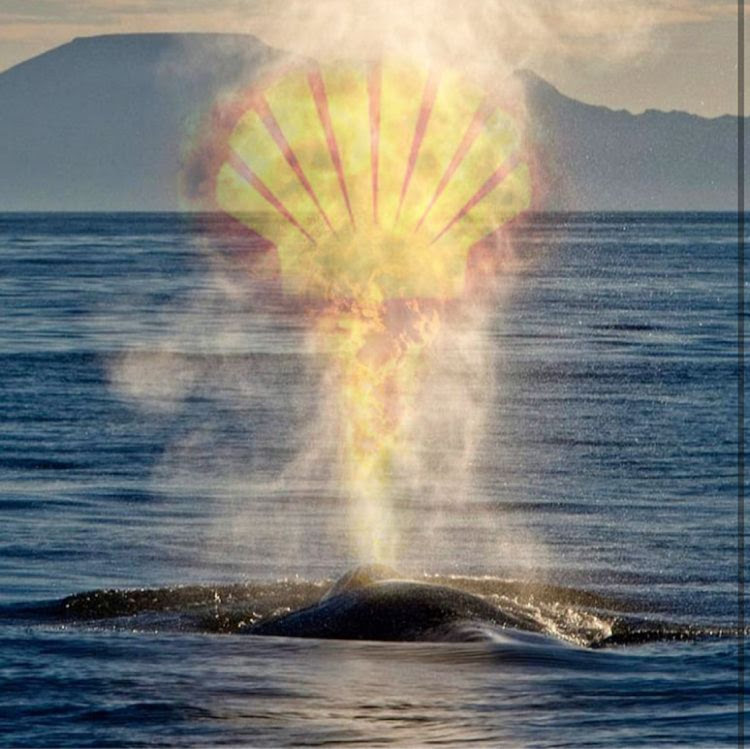 Express Petroleum CEO Russell Wells said on Thursday its petrol stations were debranding from Shell because of its internal silence over its intention to carry out seismic blasting on the Wild Coast.
Image: SUPPLIED
Shell has finally spoken — but only after being dumped by leading Eastern Cape supplier Express Petroleum.

Express Petroleum CEO Russell Wells told the Daily Dispatch on Thursday that its petrol stations were debranding from Shell because of its internal silence over its intention to carry out seismic blasting on the Wild Coast, public pressure from customers over Express Petroleum’s relationship with Shell, and horror on the part of the Eastern Cape owners who are passionate about the Wild Coast.

DispatchLIVE sent a public statement by Wells to Shell.

Both Shell and mineral resources & energy minister Gwede Mantashe replied to DispatchLIVE within two minutes of each other on Thursday.

In the 23 days since seismic blasting was quietly announced in a 10cm by 9cm advert in DispatchLIVE on November 1, Shell and Mantashe replied only once each, both saying the exploration permit was legal and democratic.

The public barrage aimed at Shell as it rides in again to blast the Wild Coast oceans in its second search for gas has brought up a new ecological ...
News
6 months ago
Shell spokesperson Pam Ntaka stated: “As a responsible operator we share a deep desire to protect our unique and diverse environment, and we are confident we are taking great care to prevent and minimise impacts to fish, marine mammals, and other wildlife when collecting offshore seismic data.

“The welfare of wildlife is a major factor in the stringent controls we use.

“Surveys of this nature have been safely conducted off the South African coast and globally by Shell and other operators. We will also engage directly with Express Petroleum.”

Mantashe’s department said it had noted concerns about Shell’s  “four to five” month seismic survey off the East Coast.

Daron Mann speaks to Gary Koekemoer from the Wildlife and Environmental Society of South Africa, which has called on the government to immediately halt all seismic exploration off the nation's coastline citing recent research that shows the incredible ecological devastation it could cause.

The exploration and seismic survey rights, along with an environmental management programme (EMPR) stating that the survey must “avoid migratory mammals” and other mitigation controls, were granted in terms of the Mineral and Petroleum Resources Development Act and approved by his office in April 2014.

The authorisation was subjected to “an independent audit” in 2020 “to confirm that the controls and mitigation measures are still valid”.

In May 2020, a notification was sent to the interested and affected party database to comment on the independent audit report.

He said the “outcomes of the audit” proved that measures in the environmental management programme “sufficiently provide for the avoidance and mitigation of potential environmental impacts”.

One of the most ferocious arguments on the Eastern coast of SA reached higher decibels when lawyers for ocean lovers and scientists served letters ...
News
6 months ago

SA needed to obtain and refine “indigenous” oil and gas for its economy to recover, to support the electricity grid and the “large renewable energy build programme”.

On Thursday the Wild Coast was a hive of activity as activists came out to protest, with one pamphlet by S Khangela of Mzimvubu Beach calling on people to join the beach protest along the entire coastline on December 5.

Thursday’s statement from Express Petroleum’s Wells followed serious customer criticism being levelled in the former Transkei, but also from an internal frustration with Shell’s refusal to counter the rising tide of protest.

Wells told DispatchLIVE: “I was given no notification about the survey.

“The first I read about it was on a Daily Dispatch billboard.

“I tried to find out more from Shell for over a month, but got no feedback.

“Our customers are really upset and so are we.”

The Border Kei Chamber of Business is hoping to rally the support of the business community in the fast-growing campaign to halt plans for seismic ...
News
6 months ago

In his public notice, Wells stated: “We in no way support the initiative under way by Shell.

“We are extremely passionate about SA and care deeply for the future sustainability of our pristine coastline ....

“As a company, we are in no way linked to the 3D seismic blasting, nor have we been afforded the opportunity to share our views ... We learned of the proposed blasting in the same way you, the public, did via various news and social media platforms.

“We have since attempted to gather more detail from Shell in this regard, but have received no meaningful information in return.

“In response, Express Petroleum has already been procuring product from alternative sources and has started de-branding all our co-branded retail sites and removing all Shell association from our company vehicles.

“Express Petroleum is extremely proud of our local Eastern Cape heritage, and we would like to support all measures in place to stop the unnecessary blasting and consequent damage to our marine environment.”

Public outrage continued to take East London-based activists who started the Save the Wild Coast WhatsApp group by surprise.

Interest groups have sprung up from Gqeberha to Durban, calling on people to join the greatest show of protest on any coastline on Earth.

On Sunday, December 5, coastal communities, villages, hamlets, towns and metros are being asked by activists to head to the beach with their homemade, environmentally friendly messages and art which will be filmed from the air.