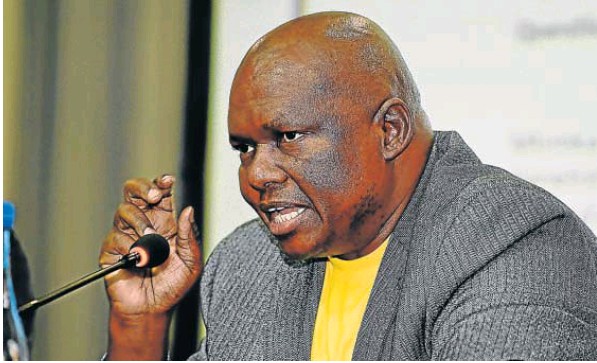 DA and its coalition partners are seeking a review of the decision to pick Mongameli Bobani as new mayor.
Image: File

The DA and its coalition partners COPE, ACDP and Patriotic Alliance in Nelson Mandela Bay filed papers in the Port Elizabeth High Court on Friday.

The parties are asking the court to review and set aside the decisions taken at Monday’s council meeting‚ where Athol Trollip was ousted as mayor and replaced with the UDM’s Mongameli Bobani.

Listed as the first respondent in the papers is Eastern Cape MEC of Cooperative Governance Fikile Xasa‚ with Trollip – who wrote the founding affidavit – wanting his decision to second an official from his department to preside over the council session set aside.

The parties have asked the court to hear the matter on an urgent basis.

They are also asking the court to order that Xasa’s decision to send an official‚ Jenny Roestorff‚ to preside over the election of a speaker in the council be reviewed and set aside.

The parties want the court to set aside Roestorff’s actions and decisions‚ and that the election of Buyelwa Mafaya as speaker be set aside and that the meeting presided over by Roestorff and Mafaya be declared unlawful and void. The parties want the decisions taken to remove Trollip as mayor and replace him with Bobani‚ as well as the election of a deputy mayor and chief whip all be reviewed and set aside or declared unlawful.

The respondents‚ including city manager Johann Mettler‚ Bobani‚ Mafaya‚ the ANC‚ EFF‚ AIC‚ and United Front‚ have been given until Tuesday to indicate if they plan to oppose the case.

A beaming Mongameli Bobani was videoed swiveling in the Nelson Mandela Bay mayoral chair yesterday as the DA geared up to ask the courts to reverse ...
Politics
2 years ago