'Cabinet is not run like spaza shop': Mbalula denies getting kicked out of meeting 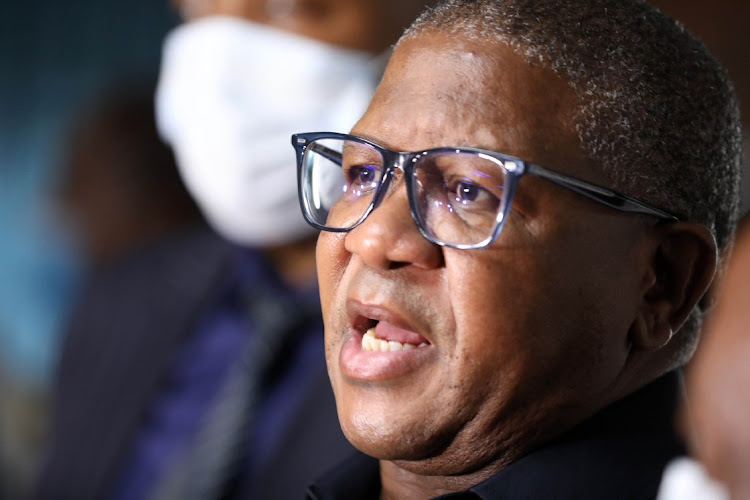 Transport minister Fikile Mbalula has poured cold water over allegations that he was kicked out of a cabinet meeting due to a lack of preparation.

This comes after a Sunday Independent report claimed he was told to leave an economic sectors, investment, employment and infrastructure development meeting last week by President Cyril Ramaphosa.

Speaking at a Sanral media briefing on Monday, Mbalula dismissed the allegations and suggested nobody would be treated like that, adding that cabinet is not run “like a spaza shop”.

“Such nonsense cannot happen in cabinet. Not even in a spaza shop ... cabinet does not operate that way.”

Mbalula said he would not address the matter publicly. “You are free to lie with your source because you know we are constrained by the law, because we can’t talk about cabinet issues in public, we’re constrained.”

Motorists who use Gauteng roads will have to wait even longer to hear a final decision on the future of e-tolls.
News
3 months ago

Minister in the presidency Mondli Gungubele earlier dismissed the allegations which he described as unfounded and intended to mislead the public.

“Cabinet discussions are confidential. This has been a long-standing convention and these allegations are unfounded. Cabinet decisions are in a transparent manner shared with the public by the minister in the presidency. The allegations made by the Sunday Independent are unjustified and malicious,” said Gungubele.